The Pursuit of Happyness

Occasionally. Just Occasionally. I’ll be a bit jealous of the lifestyle my non-child-having friends enjoy. Both the flexibility and possibility of spontaneous-ism. And also the disposable income.
Our combined salaries apparently put us in the top two per cent of UK households. But once you add time constraints and subtract childcare costs/all the things we buy for the kids/saving for their future education it results in 90% less ski trips, 100% more £5-limits on work-day lunches and infinitely less moonwalking-across-the-deck-of-a-yacht-moored-in-St-Tropez than I foresaw at these income levels.

However, human adaptability means we all get used to the patterns of our lives and quickly take things in our routine for granted, leaving evolutionary psychologists to say that happiness largely comes from "encountering unexpected positive events". So for Kanye West to feel sensationally happy he has to fly to Paris on a private jet full of Victoria’s Secret models. All it takes for me to achieve rapture is opening the kitchen bin to find I can drop my rubbish in it without having to first squish-down overflowing contents with my hands. Poor, poor Kanye West.

Plus fatherhood is getting more rewarding as the kids develop. My little girl is 4 now and is starting to be mildly hilarious (my little boy isn’t yet 2, but does a good line in facial expressions and energetic Scrappy-Doo-style assault). Conversations with other parents are also getting better. Where it was all monotonous patter about feeding cycles, behaviour-control techniques and how tired everyone is, there’s now lots of anecdotes about genuinely funny things that have happened. Ok, it’s not always as funny as days-gone-by chat with your friends about drunken antics/sexual encounters/accidental puffin slaughter, but it’s entertaining stuff. Recent examples:

- Friend tells us that her teacher called her to say there was a problem with her child’s language. Friend says “Oh bugger. What has she said?” Teacher replies “Bugger”

- Wife tells me to stop being facetious. Daughter gasps, lowers voice and says “Don’t say that. The police will get you. It’s a bad word… like f*ck-it or oh-sh*t”

- Sis-in-law finds 3 yr old son playing with huge kitchen knife. Goes spare at husband for letting him get hold of it. He later tells me that he walked past, saw tooled-up lad and – through a haze of pre-occupation, tiredness and just being very used to seeing both knives and his boy frequently (though separately) in day-to-day life – all that went through his head was “Huh. Nice knife son”

- Crackers and jokes over Christmas lunch. Family and both sets of grandparents. Daughter wants to join in but, being unable to read her cracker joke, has to freestyle… “Everyone. Why did the duck cross the road with only pants and no vest on?.. To get to the sexy cow” 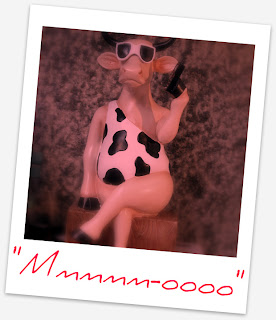 If we’d been able to ignore the uncomfortable fact that our tiny daughter/grand-daughter had just revealed her awareness of sexiness and, seemingly, beastiality, I’m sure that would have got a massive laugh rather than a stony silence. Family’s a tough crowd.

So over Christmas, while Facebook was telling me that a friend “can’t wait to go skiing” and another  “is spending a 3rd straight day on the beach”*, I was jealous but only fleetingly. Who needs exotic locations when you’ve got increasingly comical chat? (And future challenging conversations about the birds & the bovines)


Learned Wisdoms
#35: If you read back on the child-related things that have amused you over the festive season to find they’re mainly to do with swearing, sex and danger, just try not to think about it. Nothing to worry about. That’s probably fine.


* In the Southern hemisphere. Not North Yorkshire.
Posted by dadulthood