Rightly or wrongly, neither of us wanted to give up our jobs when we started a family.  My wife’s got a very successful career and I think that continuing it makes her a good role model. (Back in 1913 that pioneering horse didn’t go to all the effort of trampling that woman for our daughter to grow up believing her only option was house-wifery.) Plus we live in London where a pint of milk costs £7.99 and we would really struggle to manage on one income.

That meant we had to make the nanny vs child-minder vs nursery choice.

Nursery was ruled out as we needed some flexibility on the days/times covered. Nurseries are entirely rigid - smartly enforced by lateness charges of ~£5-per-minute. Given my wife was 20 mins late for our wedding this didn’t seem like a fiscally-viable option. So, nanny vs child-minder…

Having a good nanny must be brilliant. They come to your house and are very flexible in the hours they cover (with a child-minder you drop the kids off with them and pick-up at agreed times). However, a nanny in our area would have cost us ~£2500/month (vs ~£1000 for one child, ~£1700 for two with a child-minder). Also, I believe there can be additional nanny complications if you look like Jude Law (this, however, was something we had precisely zero need to consider).
Additionally, child-minders have to pass certain qualifications and are Ofsted monitored. Anyone can just decide to be a nanny. (Hence you hear horror stories of them making your children prance around singing in outfits made out of your curtains. Or turning out to be Robin Williams in heavy latex make-up and drag.)

Keeping our options open, we advertised for a nanny on Gumtree. Within a day we had 200 CVs and no solid way to rank the teenage girl against the 50 yr old women against the man from Manila who wanted to come over and live with us. Whereas, with child-minders, we were able to search the council website for local ones with spaces and could review their Ofsted ratings. Maybe we were lucky, but we found a fantastic child-minder remarkably straightforwardly who had the flexibility to cover the days/hours we needed.

With our new hectically-full routine, and given an unfortunate frequency-of-creating-mess to enthusiasm-for-cleaning-mess ratio, we bought a dishwasher and booked a cleaner to come for two hours a week. This was after significant deliberation as it did feel like luxury spend at a time when finances were tight. But to come home on a Friday and find all the week’s residual jumble gone is absolutely worth the cash (and all the games of ‘Find-the-thing-I-left-just-over-there-on-the-table-which-I-now-need-really-urgently-but-which-has-been-tidied-away-somewhere-undoubtably-neat-but-frustratingly-unlocatable’).

At this point we’d found a solution that could get us out of our tidy-ish house knowing the children were being well looked after. How we’d both fair at work while trying to align our hours with the kids’ needs each morning and evening was yet to become clear…

Learned Wisdoms
#7: As a child-minder, you may find that (despite dropping your asking price to £3 per hour and living conveniently just round the corner from us) you struggle for business if you answer the door to prospective parents with a fag in your mouth while holding back a gigantic f*cking rot 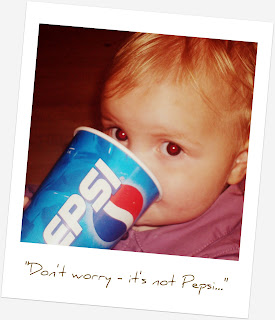 #8: Towards the end of maternity leave, my wife was increasingly worried about the prospect of having to leave our child with someone else. I wasn’t. It’s not a big deal. Everyone knows it’s just what you do when you’re working parents. And, after I dropped off our daughter for first time, it became clear that crying your eyes out all the way to work must also be the done thing.
You get used to it though. I now only cry during the commute in on Mondays (which I used to do anyway).

#9: Despite agreeing guidelines, during the hours your kids are in child care you lose direct control of their diets. When your child-minder shows you pictures of their afternoon at the bowling alley, she’ll probably notice your visible concern at the photo of your 18 month-old daughter swigging from a Pepsi-branded cup the size of her head. When she comfortingly says “Oh, don’t worry – it’s not Pepsi” you’ll feel relieved. Until she follows up with “… it’s Slush-Puppy”
Posted by dadulthood