Let's Fall Back in Love

I opened the fridge door the other evening to get milk for the kids. A bottle of soy sauce fell off the top shelf and smashed on the floor. The spatter pattern (I watch Dexter) extended to the vertical surfaces on all 4 sides of the kitchen. And out through the open door, right across the lounge to the sofa*.
Not ideal. But this was a notably-positive moment for me because my subsequent train of thought was, “Oh. That’s a bit rubbish. I suppose I’d better clear up before something macabre happens involving all this broken glass and those fast-approaching small children.”
What I didn’t think was, “Why the f*ck does my f*cking wife always leave tall f*cking jars on the shallow f*cking top shelf of the f*cking fridge door? What the f*ck is f*cking wrong with her? F****CK!”
This was significant progress because, as it turns out, once you throw work and then family pressures into the mix, a happy relationship isn’t something you can take for granted…
We met at the start of the twenty-first century on the same graduate programme at a company in Nottingham. Two years later we got together (me having reached into my bag of pick-up techniques and pulled out ‘twenty-four months of awkward flirting, general inaction and fading self-respect’). And we were very happy. We had 5 fantastic years - courting, getting married, travelling & working around the world, getting pregnant. Enjoying both the adventures and the mundane times because we were deeply in love and living them together.
When our little girl was born we went through the standard-issue 3-4 months of sleep deprivation, but having our first child was amazing and we loved finding our way together. Things started to get difficult when my wife went back to work after 10 months. Suddenly a daily routine was:
Wake up > Dress, feed & drop-off our daughter > Rush to work > Work all day > Rush back to pick up our daughter > Bath her & put her to bed > Log on and finish any outstanding work > Cook tea and finally sit down together at 9:30-10 > Realise there’s still other chores to do > Spend our evening’s conversation bickering about who needs to load the dishwasher/tidy up the pile of shoes that’s starting to restrict lounge-to-kitchen movement/put away the clean washing so we can actually utilise our wardrobes rather than rooting through the clothing alp on the landing/etc… [repeat to fade]
Living in this situation we became constantly grumpy with each other. Even at the smallest of things. (Something’s amiss if you’re shouting stridently at the person you’re supposed to love because “Glee didn’t magically delete itself off the Sky planner, did it?”.) And as our emotional intimacy deteriorated, the physical side went with it… There’s that adage that if you drop a sweet into a jar for every time you have sex in the first year of a relationship, then take one out every time subsequently, the jar would never empty. That sentiment was starting to become true for us (though, in reality, the jar would actually be empty within 20 mins due to unfortunate confectionary-related self-control).
After about 18 months of this, on a night out with friends, an oriental man on the front desk of Karaoke Box stated that we had “a very distant relationship for a husband and wife”. If a total stranger can see that in the time it takes to pay for a session, order some drinks and enquire about borrowing a tambourine, then it’s definitely time to take action…
The first thing we tried was getting babysitters more frequently so we could go out together once the kids were asleep. This was a positive thing eventually but as an isolated first step it really didn’t help (see Learned Wisdom #13 below).  We had to take more basic day-to-day action.
A key thing was both making extra effort to keep on top of our side of the household chores – more to follow on this subject in the future (how tantalising is that?)
And then came a surprising turn…
My wife read a book by John Gottman called The Seven Principles for Making Marriage Work
I listened to the abridged audio book (because the first of the 12 recovery steps from rubbish-concentration-span-ism is admitting you have a problem).
It felt a bit bellyaching, mollycoddled rockstar to be taking self-help guidance from a bloke who’s been on Oprah, but we went with it and very quickly it helped identify behaviours that were driving a wedge between us. Plus the first three of the seven principles had some obvious-sounding-but-surprisingly-effective steps that helped us rebuild the intimacy of our relationship…
1. “Enhance Your Love Maps”. Talk more to understand your partner’s interests and aspirations. Asking open ended questions really helps. (My opening effort was, “If you could have any coffee, with any syrup, from Starbucks, Nero or Costa, what would it be?”. My wife’s initial shot was, “How would you like our life to be in the next 5 years?” Hers was better.)
2. “Nurture Your Fondness and Admiration.” Focus on the things you love about your partner and try to respect/appreciate their differences. Say “Thank you” and “I’m proud of you”. Key note is not to assume they know what you think - you have to say it. (We’ve been making an effort to do this for a while, but my wife still seems to assume I know she thinks I’m well dressed, great at the sex, and able to enrich all conversations with vaguely-relevant film/TV references in a way that is charming and not-at-all annoying.)
3. “Turn Toward Each Other Instead of Away.” Listen to your partner when they want your attention. Engage and be enthusiastic. (Even if they seem to be telling you about their day in real-time…) 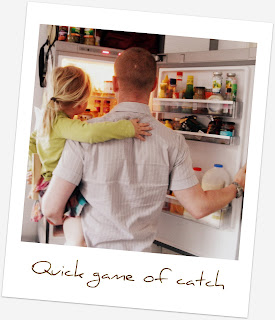 It felt unnatural to be having conversations or consciously responding in a certain way because the book said so, but very quickly things that had felt prompted started to happen automatically and, over time, our positive sentiment towards each other has returned. We enjoy each other’s company again – at home, as well as out over candle-lit dinner. And it turns out that having intimacy in a relationship is a pretty solid basis for romance and upgraded bedroom-based passion.
When something stressful happens now we don’t immediately look to blame each other. We try to accept what we can’t change about each other and focus on all the positives... for example, I'm pleased to say that my catching reflexes are now awesome, and getting better with every trip to the fridge.
Learned Wisdoms
#13: Surprisingly enough, spending more time alone with a person you don’t get on with doesn’t make either of you happier.
You know the Thunderdrome “two enter, only one leaves” idea out of Mad Max where people with differences head alone into a confined space? That.
#14: If you know that your wife loves to receive the Hotel Chocolat tasting box every month, that’s good love mapping. If you make sure it always arrives just as she’s due on her period, that’s prodigious & uncoachable relationship-mega-flair.

Email ThisBlogThis!Share to TwitterShare to FacebookShare to Pinterest
Labels: Relationship