It’s the best part of a decade since Jeffrey Zaslow wrote the famous My TiVo Thinks I’m Gay article in the Wall Street Journal about how to combat profiling algorithms when they get the wrong end of the stick about your behaviour. I was thinking about this the other day when I saw Amazon.co.uk’s recommendations for me…

The fact is, I can’t complain. That is generally the kind of stuff I buy. It might not project my aspirational self-image of a well-dressed, cosmopolitan executive-come-stuntman in the prime of his life, but that’s only because it’s based on actual “data” and “facts”. There’s not a lot of money spent on exciting items for me these days. At least not pre-emptively online - my wardrobe is pretty healthy, but that’s largely populated by items purchased from the shops near my office just after I arrive at work having not noticed that the morning’s child readying & deployment activities have left my garments streaked with milk/face-paint/porridge/vomit/other.

How money gets spent isn’t the only area where electronic data sources tell a story of offspring influence. Use of leisure tools has evidently also been skewed their way.
Here’s a representative sample of items on our Sky+ planner… 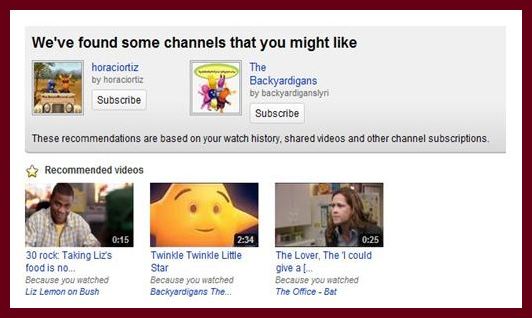 Obviously this is all to be expected. I can’t really complain. It's no surprise that the children dominate most areas of life. It’d just be nice if data profiling recognised when I’m clicking for me and when I’m acting on behalf of the little people who share my account, then gave me the choice of looking at recommendations for me or recommendations for my kids.
Until then, if I want to see recommendations that certainly aren't for the kids, there’s always my spam email folder. Admittedly their targetting still seems a little off* - I don't currently have erectile dysfunction, or want a hair transplant, or fancy looking over the Financial Proposal from Mr Ahmed Hassan, or need to know the real truth about which penis enlargement pills work best - but if I ever do, I know those guys are there for me.

Learned Wisdoms
#32: If you're looking to update your CV and the only potential new Other Skills & Experiences entry that comes to mind is "Finally developed the knack of brushing knots out of small girls' hair without inducing horrific screams", then it's probably best to just leave it as-is

* honest
Posted by dadulthood No comments:

Email ThisBlogThis!Share to TwitterShare to FacebookShare to Pinterest
Labels: Life Balance, Quite Random

My little girl was in bed, I’d read her a story, kissed her goodnight and was about to leave the room when she said, “Daddy. I don’t want to go to taekwondo anymore.” Why? Don’t you enjoy it? “I like it. But a nasty bigger boy makes horrible angry faces at me and makes me scared.”
Cue a huge welling of furious anger, adoption of a gladiatorial Russell Crowe-stance  and a swearing of vengeance in this life or the next...

I love playing the sports. It’s been a big part of my life to-date. The health benefits are great and it gives such fantastic life-learnings on commitment & dedication, on how to win & lose with dignity, on respect and on teamwork. And on how to throw.
I’d love both my son and daughter to play loads of sport. But my wife is convinced that society is rigged against our little girl getting involved. There are a couple of issues she sites:

i) Opportunity in professional ranks
With the comparative lack of professional options there’s less incentive for girls to play sport super-seriously. Gaining parity on cross-gender prize money, sponsorship and viewing figures would require a massive shift in media positioning & promotion. I’d guess this is unlikely to happen before my daughter reaches her sporting peak (especially if she gets into artistic gymnastics, as that’d only leave about 4 years). And chances aren’t helped by the administration of some sports, which are seemingly biased against women gaining increased recognition. The best recent example of this was the preposterousness around Paula Radcliffe’s 2hr 15min 25sec  marathon record suddenly not counting because… err, it was set in a race where men were running, so… err, she could have got an advantage from… err, drafting. Yes. That’s it. Drafting. (Kenya's Patrick Makau holds the men’s world record of 2hr 03min 38sec – uncomfortably not that much quicker? - having used pace-makers for the majority of the distance. And when Roger Bannister broke the 4 min mile he was drafting all the way.)

ii) Gender typing
Subtly, or not so subtly, girls (and boys) hear messages throughout their early life about what they should/shouldn’t be doing. Society & the media give boys encouragement to invest in sports… not girls. As Tanni Grey-Thompson flags in this article, there’s still not the investment in women’s sport that the performances should warrant. Why?  Possibly because female athletes are not publicly presented as strong role models, which also subsequently means kids aren’t inspired... meaning there will be little sporting enthusiasm and encouragement around my little girl at school each day (I don’t know exactly what the girls were doing while I was playing football every lunchtime at school, but I’m pretty sure it wasn’t tennis or darts or quidditch*). 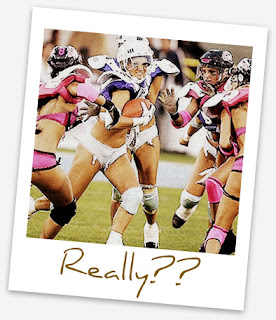 Apparently 80% of UK girls are not playing enough sport or doing enough exercise to benefit their health. And, if a girl should somehow manage to get really into sport and do really well, there’s the risk she’ll struggle for funding unless she shows some flesh (beach volleyball), get picked on if she doesn’t have movie-star looks (Rebecca Adlington), or – if she’s really talented - get accused of actually being a man (Caster Semenya).

On the face of it, there’s not a lot my wife and I can do to counter issue i. But I’m not sure how big a deal that actually is. Football was the main sport I played between the ages of 6 and 30. I’ve invested thousands of hours playing and training. But I never for one minute thought I was going to be a professional footballer. There might be big rewards at the top of the profession, but only a small number get there and I never put my eggs in that basket. I’ve enjoyed it and got a lot out of it without ever aspiring to make it.
I think the issue of incomparable rewards & recognition will only really become a problem if our daughter turns out to be elite in a sport. My wife says I’m wrong. (I’ll let you know which of us was correct once we’ve set up two parallel realities containing differing views to women in sport and measured the athletic progress of identical versions of our daughter in each)

I also think we, as parents, can have a massive impact on both our kids’ interest in sport. Particularly if our little girl sees my wife doing/enjoying sports. Again, my wife thinks I’m wrong. She believes media and school friends will have more influence on her, lessening her interest in Sports (so that’s now four parallel realities I need to run identical versions of my daughter through before I can get back to you with conclusivity on which of us is the best at being right – please be patient).

The fact is, we’ll do our best to encourage her and I’ll be hoping that her friends (and society in general) don’t do too much to discourage her. Hence finding out that my daughter was already being put off taekwondo by some idiot kid who doesn’t like girls being there made me angry. And I’ve promised her I’ll sort it out**.


Getting into specific sports can be hard enough as it is… There’s an obvious economic snag to making every sport readily available to every boy and every girl. According to this book, Norway has by far the highest sporting-participation rates due to government incentives and a strong enough economy to invest in making sport accessible to everyone. But even in Norway I'm sure there would be barriers if, as a male, my little lad wanted to get involved in, say, rhythmic gymnastics***… and to throw on top of that discouragement of girls getting involved at all is unacceptable.
Admittedly I wouldn’t have even started thinking about this if I didn’t have a little girl but, if you’re a woman, or a father, or even just a man who likes sport and isn’t Richard Keys/Andy Grey, you’ll probably agree that girls should be given as many sporting opportunities as possible. Overcoming the long-standing bias against this seems daunting, but maybe driving sexism out of sporting administration & media is really just a matter of fronting up to more of the bigger nasty boys making horrible angry faces.

Learned Wisdoms
#31: Not strictly sports, but as part of encouraging our little girl into an active lifestyle, my brother indulged her love of dancing by buying her a full ballet outfit on her birthday. Upon taking her to lessons for the first time, my wife found the following equation to hold true:
[Kid wearing all the gear]  +  [All other kids wearing tracksuits or jeans]  =  [Other mums instantly disliking mum of kid in all the gear]
... she also found that, if your daughter walks straight to the centre of the room, announces "I'm here!" and takes a bow, it's surprising how effectively a silent group of women can say "No matter how nice you and your spoilt little show-off daughter really are, we will never, ever be friends after this" using only their eyes


* Actually, is quidditch-involvement-level even across boy and girl wizards at Hogwarts? Based on minimal knowledge, I don’t think it is. Rubbish. Even if we send our little girl to a fictional school for mythical beings she won’t get an equal shot at sports

** Any suggestions welcome. The only approach I’ve currently thought of is punching him in the face, which doesn’t necessarily articulate my argument as eloquently as I’d like

*** Admittedly, not least from me. Not because I think it’s just for girls. But because I think it’s rubbish. I wouldn’t want my little girl to do it either. Mincing about with a stick and a ribbon.
(I’d apologise for potential offence here, but I once loudly expressed this opinion verbally before turning around to find the entire Australian rhythmic squad stood right behind me - long story - so I figure I’m beyond forgiveness and may as well just stick with my ignorant view)
Posted by dadulthood No comments: