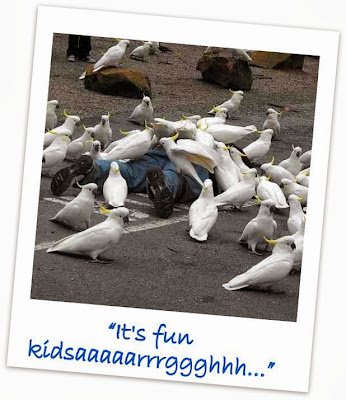 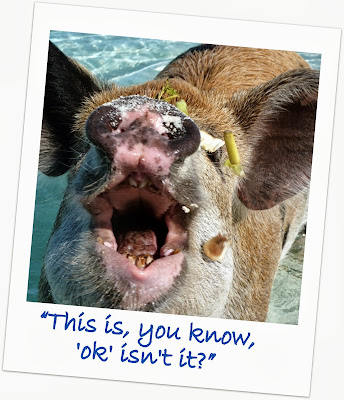 
#54: If you were to become hazy on the boundary between real life and Angry Birds, a farm visit would be the main thing to avoid. The pigs would probably be fine (especially once you’d put helmets on them), but the chickens and hens you lob at them might be a little traumatised. As would the duck – especially when you berate it mid-arc for not boomeranging properly.
Posted by dadulthood No comments: